"Forgive me for milking this moment, but this accomplishment is 'udderly' incredible," 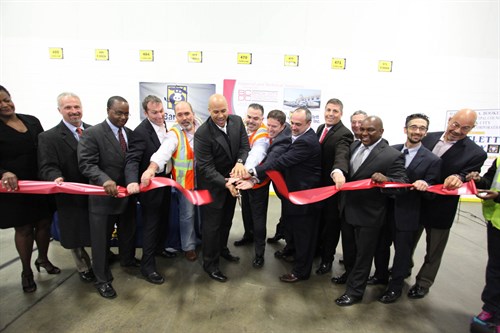 A good business move for Bartlett, but also a great boon to the local community. The Newark economy is expected to benefit from the expansion over the course of two phases,

Phase 1 - The first step, where the Clifton Facility and its 175 jobs are relocated to the Southward Industrial Park, followed by

Phase 2 - The addition of another 200 jobs through growth, giving priority to Newark residents.

Naturally the Newark Mayor and his staff were ecstatic over this development,

The mayor and his staff finished the event by touring the facility, speaking with local workers and examining its stock, eqiupment and vehicles. Impressed by what they saw, Deputy Mayor Adam Zipkin went on to say, "Bartlett Dairy will be a partner and an economic engine for our City in the years to come." 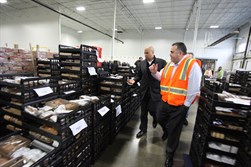 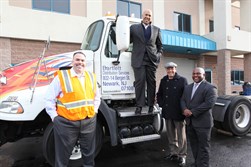 "One of the largest fresh milk distributors in the tri-state area and a leading provide in custom distribution solutions brings 400 plus jobs to the City of Newark", Jornal.us

"Everything you can eat and drink at a Starbucks in the tri-state area now comes out of Newark.", The Star-Ledger

"Newark is touting the fact it's working hard to attract new businesses - and jobs for its residents. Today the city celebrated the latest addition to its business community.", WBGO, 88.3 FM